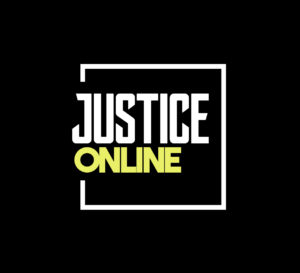 ‘A class act in every way’: President Trump and others mourns Phyllis George’s death

Hailed as a “class act” by journalists and sports veterans alike, Phyllis George was a pioneering persona in radio, tv, and papers. This legendary former Miss America, TV personality and the ex-Kentucky first lady passed away at 70 after a long fight with a rare blood disorder.

According to Variety, family members say she died of complications from a rare form of blood cancer diagnosed three decades ago. Her impact and influence in sports paved the way for many women in the male-dominated sports arena.

Lesley Visser, the sports broadcaster recounting the “gentle giant’ of Sports media, says, “She couldn’t have been warmer, sprinkling her charm around to everyone, from the coaches to the players to the ball boys to the media. She treated me like a sister. She oozed friendliness.

She never made you think, oh, she’s Phyllis George, and I’m not. I just observed her and thought, no wonder all of America is in love with her.”

Donald Trump expressing his condolences on Twitter, said, “Phyllis George was a great person and a true pioneer for women on television.”

“The NFL could not have made a better ‘pick’ when they choose Phyllis to be the first woman to represent them,” Trump wrote. “Also, a wonderful First Lady of Kentucky as the wife of Gov. John Y. Brown.”

“May Phyllis Rest In Peace. Warmest condolences to her beloved family!!!”

George won the Miss America pageant in 1971 and moved to TV broadcasting in 1974, first with “Candid Camera” and then with “NFL Today” on CBS. Phyllis hosted three seasons on ‘NFL Today.’ In 1979 she married John Y.

Brown Jr., who built the Kentucky Fried Chicken chain and was Kentucky’s governor for four years. She became the first lady of Kentucky. Her career graph also includes co-anchoring for “The CBS Morning News.” However, her stint in CBS was cut short due to professional differences.

NBC’s NFL reporter Michelle Tafoya called George “an early inspiration” and said she “will always remember her as a pioneer.” The legacy that was left behind by Phyllis George found continuum in her children, Pamela, a CNN’s senior White House correspondent, and Lincoln, a technology entrepreneur.

Pamela recalls her mother’s impact on the Sports domain and the challenges she faced. “She broke the glass ceiling, and when she first started, she got so much hate mail because people were angry that she was a woman in a man’s arena. But she persevered through that.”

Three MLR signings in USA u20 squad amidst the pandemic outbreak rears hope among fans.

USA Rugby released the list of players in Men's under-20 squad for 2020, last week. Amidst the pandemic outbreak, the head coach has declared...
Read more
Entertainment

One of the horror movies that conquered us in 2018 was 'A quiet place'. The film, directed by John Krasinski, caused such a sensation...
Read more
Entertainment

' Harry Potter ' is one of the most beloved book sagas of recent years. Created by JK Rowling, the magical universe created by...
Read more
Entertainment

+ 'Glee' is one of those series that marks an entire generation. The problems of a group of dysfunctional teenagers just looking to fit...
Read more
Entertainment

The reboot of 'Gossip Girl' preparing HBO Max is one of the most anticipated series this year, or at the least it was. As...
Read more
News

A federal court of appeals rejected the lawsuit of a California church hoping to overturn the state's prohibition of in-person church services. Earlier this month,...
Read more
News

On Sunday, former felons ruled by a federal judge in Florida can not be barred from voting because they still one court fee and...
Read more
News

Denzel Washington- The Oscar winner has proved he is even more spectacular off camera after he recently helped an unknown who was in harm’s...
Read more

One of the horror movies that conquered us in...
Read more
Entertainment

' Harry Potter ' is one of the most...
Read more
Entertainment

+ 'Glee' is one of those series that marks...
Read more

A Quiet Place: This Is How The Iconic Bathtub Scene Was...