The Justice Online
Home Entertainment ARE WE GOING TO SEE A FAT THOR IN THE UPCOMING MOVIE... 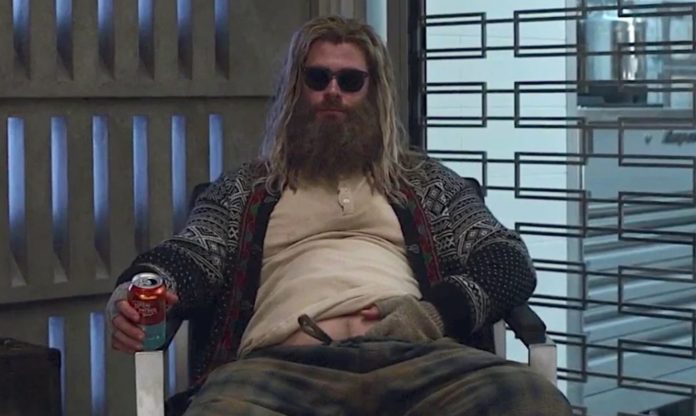 The development of Avengers: Endgame was interesting when the team fails to stop Thanos who was trying to wipe out half of the universe. Thor acted with uncharacteristic rage. After a gap of five years, viewers saw Thor hopelessness is frustrating in a shocking manner.

The punch line of “FAT THOR” is created by the co-writers Cristopher Markus and Stephen McFeely which revealed that Thor is suffering from depression.

Taika Waititi is not happy bringing back Fat Thor

Taika Waititi is the director of Thor: Love and Thunder. He was asked many times about having Thor with a few extra pounds in the next MCU appearance.

Waititi said to Yahoo News that there is no decision taken yet and it is still a topic of debate at Marvel. Recently, Waititi has also appeared on the side of changing the role and moving away fat Thor’s appearance in Endgame portrayal.

WHAT DOES CHRIS HEMSWORTH FOR PLAYING FAT THOR?

We all know that Hemsworth loves to play challenging roles and the same is seen this time. He has reacted positively to the role of fat Thor.

He is not interested in sitting on the makeup chair but he has said that is has enjoyed the fat version of Thor because it was different from others.

The release date for Thor: Love and Thunder, is scheduled on 18th February 2022 and till then fans have to wait to see what will be the changes made by the creators. Stay tuned and enjoy reading.

Read more: THE RAIN ON ME SEASON 3 – RAIN OF VIRUS!