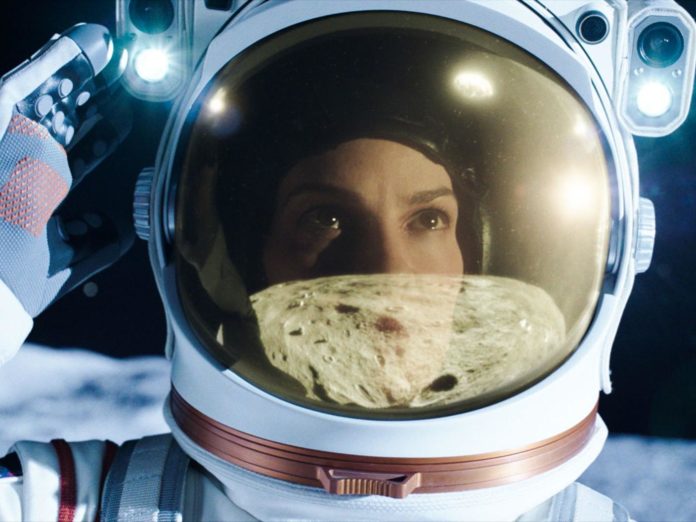 Hello Everyone! In search new updates? Well, you are at the right page. Here we are some mysterious news of one of the best space series, ‘Away’.

Away is the authentic American science fiction drama series, created by Andrew Hinderaker which was premiered globally on the best platform Netflix on 4 September 2020.
Did you know! The show was inspired by the article printed on an American magazine Esquire by Chris Jones.
Interested to know more? Here are the updates!

The series shows the life of an American astronaut Emma Green who was on a one-year-long mission. To accomplish the mission and command an international space crew properly, she left both her husband and teenage daughter.
It is about an ultimate hope, strength, and confidence towards her mission. In the end of season 1, both Emma and her husband Matt starts feeling romantic but not for each other.
On that note, we are certain that the series is not boring but interesting, suspecting and unique.

All the characters of this show had done tremendous acting in season 1, and we are expecting that all of them will be seen in season 2, also. Some incredible actors are; Hilary Swank as Emma Green who was an incredible American astronaut. Josh Charles as Matt Logan, who was her NASA engineer husband and works on her mission. Talitha Bateman as Alexis, their beautiful teenage daughter. Mark Ivanir as Misha, a Russian cosmonaut and space shuttle’s engineer with many other excellent actors.

We know the interesting storyline has increased the curiosity for its further seasons On that note, we would like to share that as of now, there are no talks even in the air from the production team.

And we assume as season 1 has released recently on 4th September with its ten dramatic and marvelous episodes on Netflix that has approximate budget of over $6 million, the performance and responses will certainly get the final official announcement soon.

Having said that, for now, let’s enjoy the first season and see if further seasons are worth production or not. Here is quick trailer in case the season is not yet in your watchlist: https://youtu.be/3f_REapPwio

Your views will certainly be considered. So, don’t skip to share your experience and keep following us for further updates.