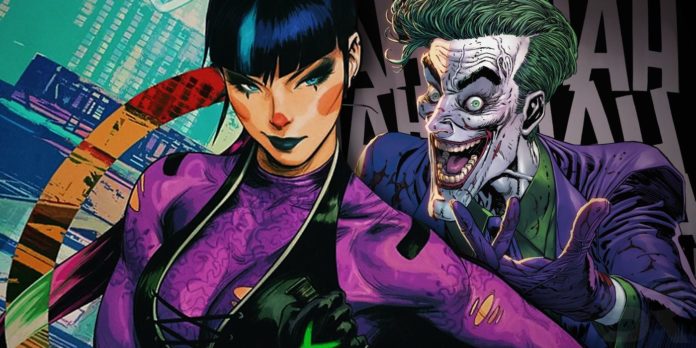 Batman is so popular that even his enemies have a separate fan base. They are so popular that even separate comic series is being made on them. The latest one is on the Villain named Punchline. The punchline is a female character and she is the sidekick and the girlfriend of Joker. Here the writers of the comic say certain things about her character.

The character was created by James Tynion IV and Jorge Jimenez. This character plays a major role in the “Joker War”. Sam Johns who will write this new comic explains why Punchline is different from the other Batman films. He says that all the other Batman villains had a motive behind whatever they did but Punchline is different as she commits a crime just for the sake of it. She doesn’t have any particular reason or motive for committing a crime. She does these crimes as she wishes to do so and this particular trait makes her unique. In the comic, it is revealed that Punchline is actually a college student. Her real name is Alexis Kaye. She became this supervillain because she admired Joker very much and then decided to join him as a sidekick. The new comic would be published by the DC comic and will be on sale from 10th November 2020 on the DC comic website and in the nearby stores collaborated with DC comic.