The Justice Online
Home Entertainment ‘Boys in the Band’ 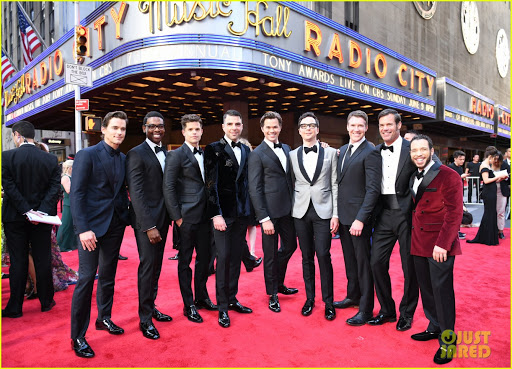 Hello reader. How have you been? So many updates are coming your way so be prepared and get excited. For today, we are about to update you with all the information regarding ‘The Boys in the Band on Broadway’ what its trailer says and the cast playing for Netflix. So, let’s get stared.

As you know, the ‘Boys in the band’ is an adaption of a critically acclaimed play. The reason it is again in the news is because the Tony-winning cast from the revival have reunited and are all set to make its Netflix debut with the help of Ryan Murphy. So, just in case, you haven’t watched the movie during the time of its initial cinema release, you know that now is the right time to do the right thing. Excited much?
Also here is the link of the trailer of the movie to double your excitement.

Just click on it, watch it and get an idea about how the movie is going to be.
https://www.youtube.com/watch?v=862Pb9oDDAo

The movie begins in the year 1968 New York and the main plot of the film revolves around a group of gay men who assembled together to have a birthday party. The night starts to unravel when a guest suddenly appears from the past life of the Host. The events that then follow are truly amazing and worth watching.
The movie will surely keep you hooked till the end because Joe Mantello directed the movie and is the adaption of the play by Mart Corwely was a huge success, so, we can already guess what an impact the movie will have on its viewers.

Boys in the band: Cast and release date

The movie is releasing on Netflix on 30th of September.

Don’t go anywhere because we will see you soon. Until next time, stay safe and stay connected.