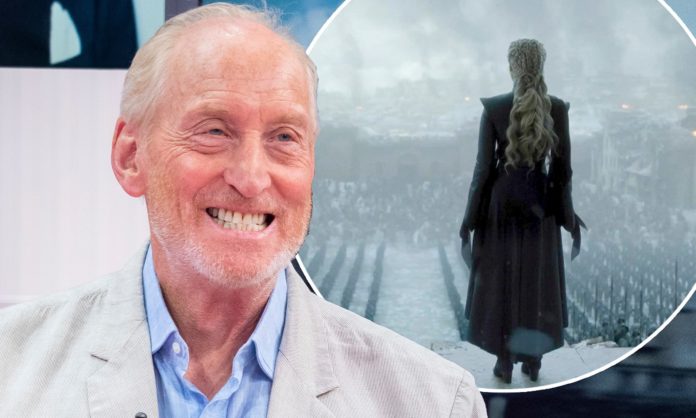 Hola peeps! What a great day to get some interesting updates coming straight from your favorite page. Exciting right? Now let’s make your good morning better by sharing all these updates with you right here right now. So, keep on reading.

Well, the package of news that we bought today for you includes ‘Game of Thrones’ star Charles Dance who is slaying all the way and showing off his buff physique at 73. Sounds hot right?

Read further to get some more rise in the temperature.

Who is Charles Dance?

Who doesn’t know ‘Game of Thrones’? And the insanely famous cast it had. Recently, one of the cast members of the show was seen at his best at the age of 73. Yup, you guessed it right.
Charles Dance is the elderly hunk we are talking about who is making girls turn their head and also making headlines for the same hot reason.

Real-life Charles Dance or Tywin Lannister patriarch from Game of Thrones, no matter by what name you recognize him, what matters is the fact that he has come a long way after his infamous toilet death in the Game of Thrones series.
Read below to know about his recent public appearance that made him famous again, but this time not for his role for his death but for his looks and lifestyle and love life.

What is the matter with Charles?

Recently, Charles went to the film festival that was held in Venice, Italy to promote his upcoming film ‘The book of Vision’. He was seen enjoying at the beach in Italy, showing off his impressive and well-maintained physique while wearing a pair of black swim trunks.
This whole incident became popular because the star was not all alone over there. Nope! He wasn’t with his friends either. A young blond woman accompanied him to the beach wearing a pink bikini and showing off her abs. Looking as hot as Charles.

In the past, he was linked up with ex-Gucci model Shambhala Marthe and actress Sophia Myles. He had been married and also has a daughter with his ex-girlfriend Eleanor Boorman.

The actor surely knows how to live life king size at 73. We will be back with more such life lessons by such cool actors like Charles. Don’t forget to take notes from them and until next time stay tuned and stay updated.