The Justice Online
Home Entertainment Gladiator 2: The Latest Details We Should Know About the Upcoming... 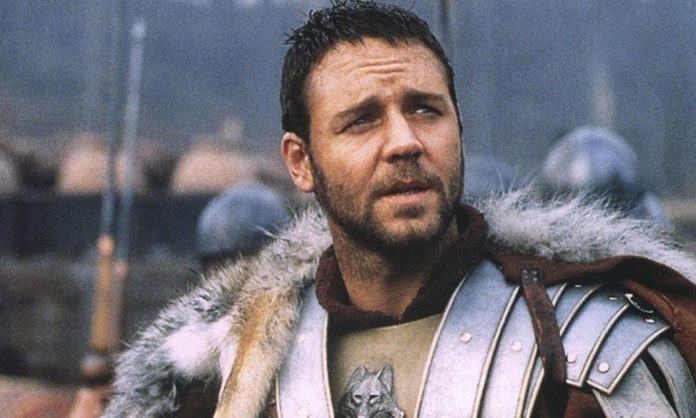 It’s no surprise that Sir Ridley Scott’s 2000 blockbuster, Gladiator will go down in the history of cinema among the films one should watch before they die and rightly so. Aged like fine wine, the film continues to be popular among critics, cinephiles and well, everybody.

Now after two decades since its release, filmmaker Ridley Scott believes it’s time to bring back the Ancient Rome for another bite of the cherry and have Maximus Decimus Meridius unleash hell on the big screen. Aye, my friend.  Thou known that right.

According to reports, a sequel to Gladiator is in the works. The film which won five Academy Awards including Best Picture and Best Actor for lead star Russell Crowe will see a follow-up to the epic historical film.

Unfortunately for the ladies and gentlemen, there won’t be any more Russell Crowe in his prime to fawn over. Instead, the film will continue the story of Lucius, son of Lucilla and nephew of Commodus, who was deeply moved after Maximus was killed at end of the film to avenge his family.

The sequel will pick up the story 25 to 30 years later.

Doug Wick, a co-producer of the 2000 hit film recently revealed how the director is currently working on the script but to get it to a place where it’s worthy would be a challenge.

Ridley Scott has teamed up with screenwriter Peter Craig who has films such as The Town, The Hunger Games: Mockingjay, Bad Boys for Life and Top Gun Maverick under his credit.

There is no confirmation if Spencer Treat Clark, now 31, will reprise his role as Lucius. Russell Crowe’s character may have died in the film, but one might still see an appearance from him in the form of flashbacks.

Hopefully, we’ll get to see a few other cast members return to the big screen. Anyone you would like to see in particular? Let us know!

If you’re unfamiliar with the plot, Gladiator follows a Roman General named Maximus who is betrayed by his city and has to fight as a gladiator to restore order and confront the evil emperor Commodus, played by Joaquin Phoenix.

The film earned a whopping $460 million worldwide and is as yet one of the most praised films this side of the century.

Scott is currently working on his next directorial The Last Duel starring Matt Damon, Ben Affleck and Jodie Comer. He will also be making his first TV show directorial debut with Raised by Wolves that will premiere on HBO on September 3, 2020.

Besides these, Scott is also working on a drama about photojournalist Lyndsey Addario starring Scarlett Johansson and associated with a Disney-produced film as well. As such, it might take a while before Gladiator 2 hits the big screen.

Ridley Scott is set to direct @TNTDrama’s upcoming show “Raised by Wolves,” marking his directorial TV series debut in the US! Tap the link in bio for the full story. – – – #TNTDrama #RidleyScott #SciFi #RaisedByWolves #ScottFreeProductions #RSCG

What many don’t know is that it took 20 years to adapt Daniel P. Mannix’s Those About to Die (aka The Way of the Gladiator) into Gladiator by screenwriter David Franzoni.

Hopefully, odds will be in our favor this time around.