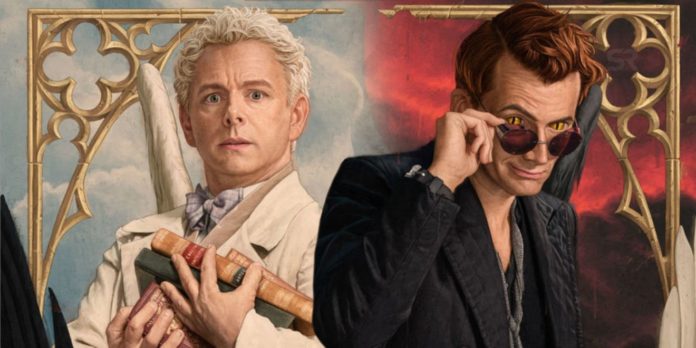 Deets about season 2 fantasy drama inside!

Based on the 1990 novel, Good Omens by Terry Pratchett and Neil Gaiman, this fantasy series is a satirical commentary on theology and philosophy which makes up for a deep, interactive and germane narrative.

Gaiman might have intended the series to be a standalone drama initially but it might not the end for the angel-demon duo who could make their way back to our digital screens soon.

Although Season one does not create any setting for future seasons, writer, creator and showrunner Gaiman has not left out any possibilities of further seasons. Despite any official announcement from either Amazon or BBC about the next season, Gaiman already has plans for the upcoming season(s).

Gaiman, back in 2017 stated that he and Terry plotted a sequel to Good Omens which never came to fruition. The sequel went back to the times where the angels came from which explains the addition of Gabriel along with other angels in the show as plausible season two plotlines.

6,000 years of friendship, a few prophecies, and Armageddon have all led to this. Congratulations to the cast and crew of #GoodOmens for receiving 3 #Emmys nominations!

Joe Lewis who heads the Comedy and Drama department at Amazon Studios spoke about the series and said that Gaiman has created a story that may be the largest ever told on television.

This already sounds like a good sign, right? Given the current circumstances, if the series does receive a green light, one can expect Season 2 to arrive by late 2021 or early 2022.

Can we get a wahoo? Critics everywhere love #GoodOmens.

Playing the role of the angel living on Earth since The Beginning, Aziraphale is Michael Sheen. Following him is David Tennet who plays the role of the demon and Serpent behind deceiving Eve as Crowley.

In the beginning, #GoodOmens was published and the world changed forever. Share your FAVORITE quote from the book and tell us why you love it using #GoodOmens30. 📖

Frances McDormand plays the voice of God which caused quite uproar amongst the Evangelists.

Armageddon will start on time thanks to this archangel. Jon Hamm is Gabriel in #GoodOmens.

Spoiler Alert: Good Omens follows the story of the angel Aziraphale, a representative of Heaven and demon Crowley, a representative of Hell living on Earth. Having grown fond of the life on Earth, the two friends attempt to avert the Armageddon at the hands of the Antichrist which would result in a final battle between Heaven and Hell. The season finale ends with the duo finally succeeding in averting the Armageddon.

What would Season two unfold? Only time can tell.