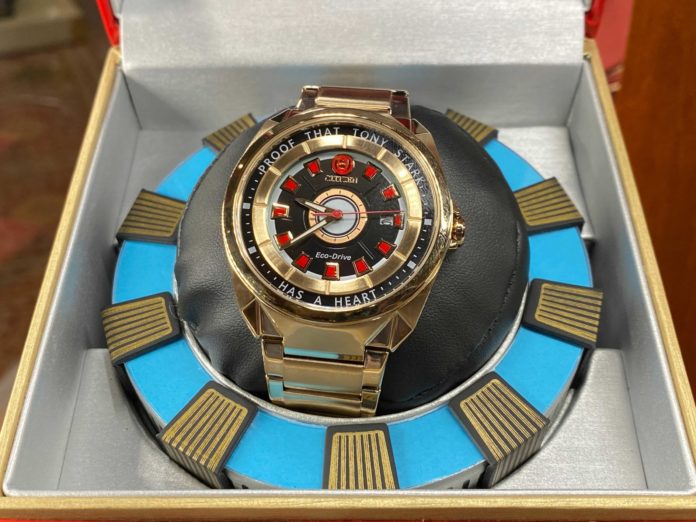 If there was ever one superhero who helped MCU get its big break in cinema, it was Iron Man. When the Iron Man movie came to the theatres in 2008, it was so much of a blockbuster that it brought the mainstream audience to enjoy the Marvel movie without just being appealing to the original comic book fans. The average audience fell in love with this witty character who was somehow relatable despite being way richer and sassier than an average person.

Though Tony Stark started out as a playboy millionaire, the greatest character arc of history was yet to come. He turned from a rogue guy into a loving father figure to many. There wouldn’t have been a single person who did not tear up when he said “I love you 3000”.

You can watch the trailer of Avengers: Endgame here-

Recently a new watch by CITIZEN in its Eco-Drive line that mimics the design of the gift Pepper Potts gave to Tony Stark after his first arc reactor was removed was spotted in Walt Disney World’s Uptown Jewelers story in the Magic Kingdom park.

The watch read “Proof that Tony Stark has a heart,” on its rim, with an Iron Man logo at its top center. It is officially called the “I Love You 3000” edition. The watch is worth 500 US Dollars but other watches featuring Iron Man were also found at much lower prices.