The Justice Online
Home Entertainment It is already a tradition when something serious happens when people compare... 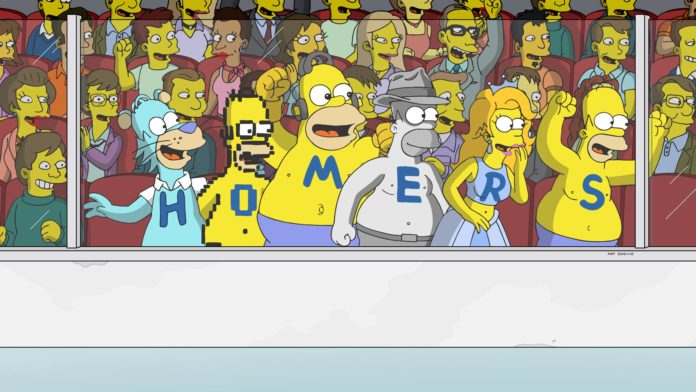 As if it were a modern Nostradamus, the Simpsons series is usually quite right with its episodes’ predictions.

Who would have imagined that Donald Trump would become president of the United States at the beginning of the century? The Simpsons in the chapter “Bart to the Future” of season number 11 aired on March 19, 2000. The FOX purchase by Disney could be seen in “When You Dish Upon A Star,” the fifth episode of season 10 premiered on November 8, 1998. Even the Twin Towers’ fall, as an image of the buildings with fire and an airplane flying overhead, could be seen in “New York City vs. Homer” of season 9 aired on September 21, 1997.

Therefore, it is not surprising that scenes of armed robberies of the Capitol have already been seen in The Simpsons series.

As photos and videos of the unprecedented violence on the United States Capitol have been popping up on social media, many people have commented that The Simpsons had already predicted this. Specifically in episode 18 of season 7 entitled “The day the violence died”. The story centers on a man who claims that he created the original Scratch Mouse and therefore should get recognition and all the money he has generated. After a lawsuit, the company loses to the plaintiff, and they cancel Bart’s favorite drawings. So the Krusty show shows videos about amendments and how laws are made, precisely, one against the burning of flags. When the amendment is passed, many others storm the Capitol with firearms and bombs.

There is an episode where Mel Gibson plays Mr. Smith and goes crazy and kills Congress’s people. Something that indeed seemed crazy on September 26, 1999, but now reality can easily overcome.

Another image that is drawing the attention of The Simpsons is that of the 31st Halloween special episode “Treehouse of Horror XXXI” where we can see Homer Simpson sitting on the roof of a house, with a shotgun in his hand and drinking beer while the world it is filled with chaos and violence. The image has written the date of January 20, 2021. Interestingly, it is the official date for the inauguration of the United States’ new president, Joe Biden.

ALL THAT YOU NEED TO KNOW ABOUT YOUNGER SEASON 7 Sherlock and Doctor Who bosses to make Amazon thriller series

ALL THAT YOU NEED TO KNOW ABOUT YOUNGER SEASON 7

Sherlock and Doctor Who bosses to make Amazon thriller series

Queen Sono Season 2: All about it