The Justice Online
Home Entertainment Marvel Superhero Silk Is Set To Get Her Own Live-Action Series The... 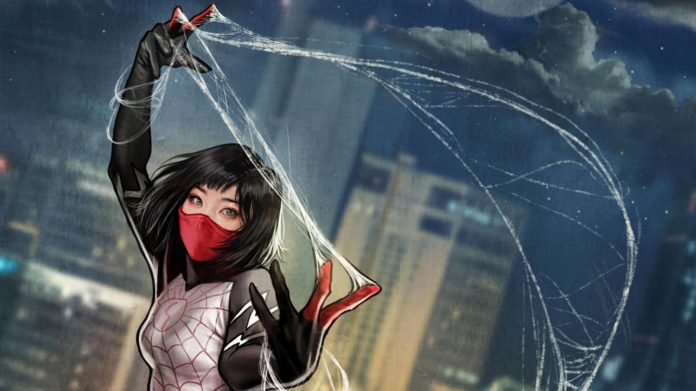 Ever since Sony acquired the rights of Spider-Verse and other 900 related Marvel Comics, the network has been continuously branching out the franchise. One of its successful projects includes Venom which grossed $800 million worldwide that had a budget of $100 million. The sequel is already under works titled Venom: Let There Be Carnage along with another superhero film of the same name, Morbius.

Now, the American entertainment company is looking forward to adding the Korean-American superhero Cindy Moon, a.k.a. Silk in the Sony Pictures Universe of Marvel Characters. Sony Pictures Entertainment will be developing a live-action series with Cindy Moon in the focus.

About the live-action series:

The series will be executive produced by longtime Spider-Man producer Amy Paskel. Co-executive producing with Paskel will also be Spider-Man: Into the Spider-Verse producers Phil Lord and Chris Miller. The story will be written by Lauren Moon, a Korean-American herself. The writer has series such as Netflix’s Atypical and Freeform’s Good Trouble to her credit.

There has been no official announcement on which network would acquire its streaming rights, however, as opposed to the usual Disney+ which streams all of Marvel movies and shows, reports believe that Silk will likely find a home at Amazon Prime.

Created in 2014 by longtime Spider-Man writer Dan Slott and artist Humberto Ramos, Silk first appeared in Spider-Verse in The Amazing Spider-Man #1. According to the comics, the radioactive spider that bites Peter Parker also sinks its teeth in Cindy Moon before dying. True to the spidery nature, Cindy too gains powers and abilities similar to Peter.

Just like Spider-Man, Silk’s powers too include shooting webs, albeit out of her fingertips. Although she isn’t quite as strong as Peter, her spider-sense, or Silk Sense as referred in the comics, is far stronger than Peter. She is faster and more agile than Peter and has an eidetic memory.

Caught in Silk's web? 🕸️ Here's everything you need to know about Cindy Moon! https://t.co/PTQzbsPTsA

What many don’t know is that Cindy Moon has previously appeared in the Marvel Cinematic Universe. Portrayed by Tiffany Espensen, she appeared in Marvel’s Spider-Man: Homecoming as a classmate and decathlon team member. She further appeared in Avengers: Infinity War when Ned creates a distraction for Peter to change into Spider-Man.

Silk was also initially considered to debut in the animated film Spider-Man: Into the Spider-Verse but was beaten by Penni Parker instead.