The Justice Online
Home Entertainment Reason Behind the Change in J. Jonah Jameson in Spider-Man: Far From... 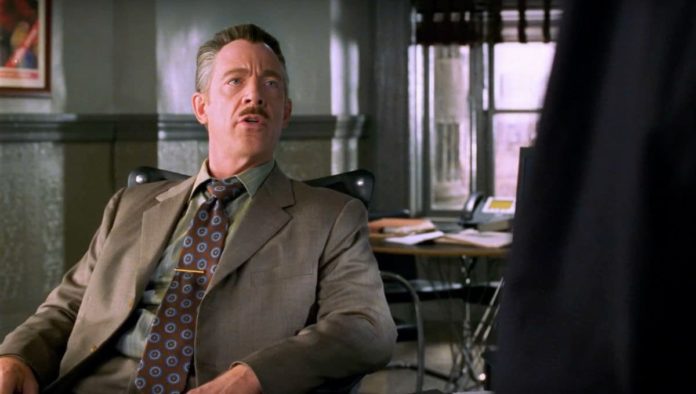 The fans could not hold in their excitement and happiness, seeing the character of J. Jonah Jameson, from the 2000s trilogy series, in the post-credits scene of Spider-Man: Far From Home.

JK Simmons had played the role of this highly temperamental editor of the local newspaper, Daily Bugle, in the very first installments of the Spider-Man movies, who simply hunted for pictures of the superhero and messiah of the city, in action, before anybody else could.

In the post-credit scene of Spider-Man: Far From Home, Simmons is seen portraying the role of an aged Jameson, who is currently the anchor “on a controversial online version of the Bugle”. Simmons had explained the huge and substantial changes in his character, in an interview,

“The only thing we didn’t a hundred percent see eye to eye on, I think, was how much is this character going to be the character from, I think, the comic books and from the Sam Raimi original trilogy, and how much do we want to evolve it and to have it be more contemporary or more… you know. I was very attached to what I had done previously for a variety of reasons. So I guess the compromise ended up being no hair. Which I think honestly, that decision might’ve just been them going, ‘We don’t have time to make a wig.

We got to shoot him tomorrow in the office’. So, J. Jonah Jameson either lost his hair in the last few years, or he was wearing a hairpiece the whole time. I don’t know, you pick”. Simmons has also reportedly, hinted at various other cameos, implying that the fans will get to see more of Jameson in upcoming Spider-Man installments.

The actor claimed, “We have, assuming that movie theatres reopen and people are back in movie theatres some time in the next… ever, and if not, I guess we’ll see it on our TVs at home.

There is one more JJJ appearance in the can, and from what I’m hearing, there is a plan for yet another one”.