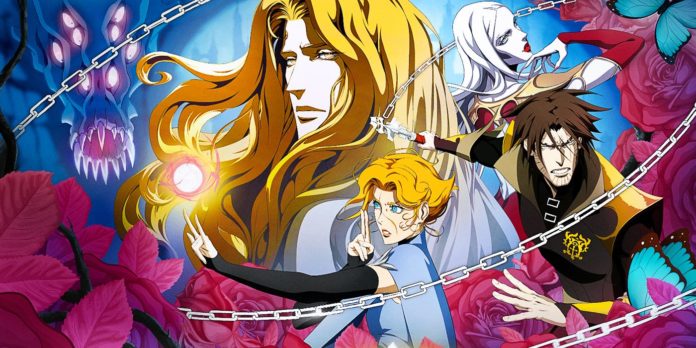 Netflix has ended the wait for the anime lovers across the globe by revealing the first poster of its up-coming original anime series ‘Spriggan’. Netflix has recently added ‘Dragon’s Dogma’ to the list of its anime. Now it is turn for Takashige and Minagawa’s ‘Spriggan’ to make its debut through Netflix.

The anime series is based on the manga comic series of the same name which is written by the writer Hiroshi Takashige with the help of an artist named Ryoji Minagawa. Spriggan is a sci-fie anime that takes place toward the end of the Cold War.

Netflix has shared the poster on its anime twitter account on 6th October, here is the link. Have a look at the poster.

In the poster, we can see Yu Ominae the lead character of the story. His lower half is covered with the Hebrew Script on which the storyline of the series is plotted. YU studies in high school, but very few know him as a Spriggan, who works as an agent for the ARCAM Corporation.

As mentioned earlier, the work of Spriggan which can be understood as strikers in easy language is to protect the OOPArts (out-of-place artifacts). The intensions of Governments, rogues, and various corporations are to take advantage of the artifacts for their gains.

Spriggan was co-created by the duo Hiroshi Takashige and Ryoji Minagawa in the manga in 1989 and they continued it till 1996 where the story found its conclusion. Another fact to notice is that the three volumes out if the eleven total volumes of The Spriggan were published in English by the Viz media under the name ‘Strikers’.

But they didn’t gain that much success thus the English version ended with publishing just three volumes. Another thing to know is that the manga was reprinted two times between 2001 and 2006. Maybe, it was in the mind of Takashige from then to take the anime on a different level.

Now the anime will premier in 2021 under the direction of Hiroshi Takashige himself.

Stay safe and stunned with us for more details on the anime.