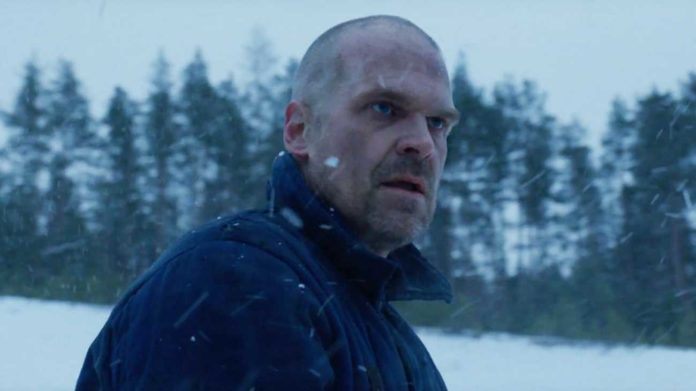 Hey Folks! Want to know what strange is happening with Strange Things? So if we guessed it right, let us bring some light on the status of Hopper’s Spin off in near future.
Lets begin with the good news for you!

Netflix had given green-lit for the fourth season too it. Although the fans were expecting that it would be the last series of it, the twin brothers assured fans that there will be more to come and it is not the end.

There has been talks that Netflix has been planning for the wrap up of the series into movies, also the spinoff might be possible.

Stories are that the important character of the series i.e. Jim Hopper, gaining a huge fanbase after the cliffhanger of season 3 where it was seen that he is no more.
However, Netflix informed shared that Jim hopper is pretty much alive and will be there in the further series. Also, it has been decided that the spinoff is focusing on Hopper’s life. 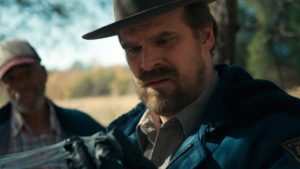 On that we are certain that considering the fan base this idea would surely increase the popularity of the show in the upcoming days. The spinoff project hasn’t been finalized, but fans are surely excited to know about the fate of Hopper after the cliffhanger ending of season 3.

Moreover, with him stuck in Russia and covid situations, the production house had been paused for a while. And, as per the sources, the fourth season will come in the mid of 2021. Hopefully, then we will clear picture of the hopper situation.
Having said, we have covered your back as we are continuously digging the details for you.

So keep following us so we could keep sharing the insights.