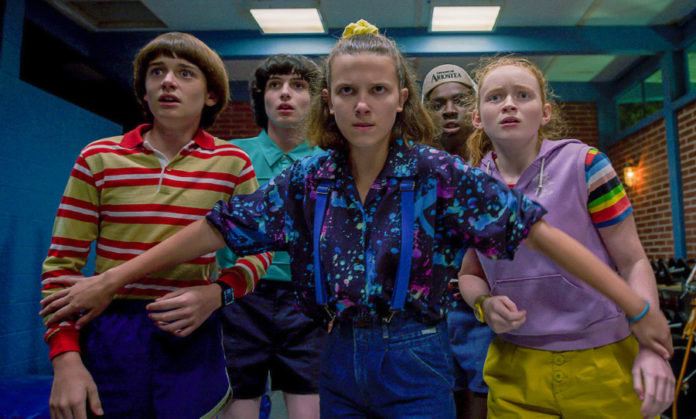 ‘ Stranger Things 4 ‘ is one of the most anticipated series in the coming years. I was going to say 2021, but of course, filming has been delayed because of the Coronavirus until next year and who knows when we can see new chapters.

David Harbor stated that the release date would not be affected, so perhaps it is that the fourth season of ‘Stranger Things’ is not going to arrive until the end of 2021 or the beginning of 2022.

Meanwhile, from the series Twitter account, we are getting little details (very cryptic) about the synopsis of this season 4, of which we only know that Sheriff Hopper will be in Russia and little else.

They first shared an image from the last episode of season 3.Later, answering a fan’s question about what Steve was doing, they have also responded in a rather peculiar way” Steve is doing his thing,

You know, working with Robin and not drinking too much water because he is so easily distracted and always forgets where he leaves his drink”

In fact, a few days ago, the actor who plays Steve, Joe Keery, spoke to Total Film about what season 4 of ‘Stranger Things’ will be like.

Reportedly, due to the severe pandemic that has struck worldwide, the production of the film is on hold and some episodes have reportedly not yet been filmed.

With the season still incomplete and not yet filmed, Stranger Things 4 may not be released this year. Now, with the pandemic creating havoc globally, it is still unclear when production will resume.

Stranger Things takes place in the 1980s in the fictional town of Hawkins, Indiana. A failed scientific experiment creates an alternate supernatural dimension, the reverse.

Everything You Need To Know About Shameless Season 12

Everything Everywhere All At Once – March Updates On Release Date, Trailer, Cast, Storyline And More