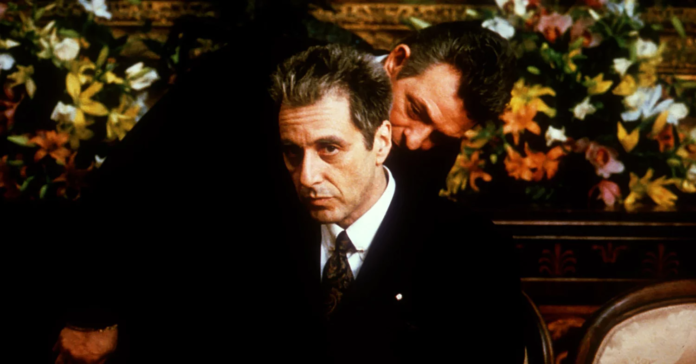 There’s good news for the fandom as there are chances of The Godfather 3 releasing soon. Paramount Pictures announced that there will be a final movie of the Godfather trilogy.

It will consist of the director Coppola’s vision. It will be based on the writings by Puzo. Coppola is finally enabled to bring out his variation. Ever since the announcement of the third installment, excitement and anticipation has increased among the fans.

What is the release date of The Godfather part 3

The revised version of Coppola is set to get the final movie of the Godfather trilogy out on the occasion of celebrating 30 years of the original Godfather franchise.

As we all know the original Godfather franchise has a really huge fanbase. This final movie which is announced also has a huge fandom who are eagerly waiting for the release.

Fans all over will be delighted to know that, The Godfather, Coda: The death of Michael Corleone will be coming out this Christmas. It is going to be prodigious.

It’s decided that the movie’s theatre release is going to be limited. After its release in the theatres, it will come out digitally and on discs gradually.

We have the news confirmed about it coming out for us in December and there can be nothing more exciting than this. Just a few months wait for the action.

Ford Coppola On The Third Instalment

Ford Coppola said that he has made many changes in part 3. He says he has made changes in some of the scenes and has also introduced a new beginning of his own for the movie.

Given all these changes made by him, Coppola believes that he has done a great job which gives justice to the original part 3 of The Godfather and also to part 2 of the same. He thanked Paramount Pictures to give him a chance.

The final editing part of the movie is being done. The Godfather part 3 will soon come out in theatres. Liked this?

Tie a knot with us for the latest updates from the world of entertainment.