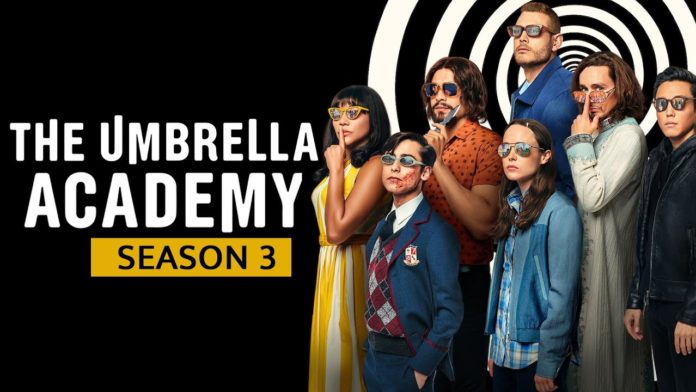 Welcome back, folks! Today we will be addressing the show that has given us it all in one package; dark comedy, drama, science fiction, and fantasy.
Garnering an average of 82% ratings on rotten tomatoes, “The Umbrella Academy” is equitably anticipated by the viewers. The show revolves around a group of seven babies who were adopted by a billionaire who trains them under the “Umbrella Academy”.
The group disbanded and the now 30-something-year-olds reconvene to unravel the mystery of their deceased father. Continue reading to know more.

With the second season just having ended a few months ago, talks for a series renewal are into consideration.

Although no trailer has been released for the series yet, given the year-and-a-half gap between season 1 and season 2, we can expect the third installment to come out around the same time period or later owing to the current novel coronavirus outbreak all across the world. 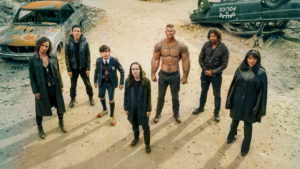 Given the intense fan following and the storyline, it is reasonably unimaginable to not have the lead cast of the story, the seven Hargreeves siblings, return to the cast including Ellen Page as Vanya Hargreeves, Tom Hopper as Luther Hargreeves, David Castañeda as Diego Hargreeves, Emmy Raver-Lampman as Allison Hargreeves, Robert Sheehan as Klaus Hargreeves, Aidan Gallagher as Five and Justin H. Min as Ben Hargreeves.
Also expected to return to the screen is Colm Feore as Reginald and Ritu Arya Lila.
As for Sparrow Academy kids, we do not have a confirmation about the cast.

The siblings seem to have trouble getting along already due to their distinct temperaments and the threat of an impending apocalypse only adds to further tension. They are shown fighting some battles and embark on some unusual time travel in season 2.

The second season finale ended on a cliffhanger and we can hope for another will plot in the next installment. With the siblings in unfathomable situations like Lila’s disappearance, Ben losing memories of the Umbrella Academy amongst some others, the storyline for the third installment could be framed along these lines.

We have been loving “The Umbrella Academy” and its storyline! Are you excited about the possibility of the third installment? Let us know your views! For more exciting updates from the series stay tuned with us.