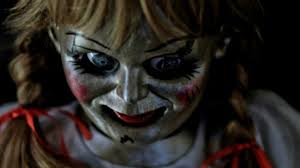 The Doll Is Safe and Still Inside The Warren Museum

Covid-19 pandemic has been torturing the whole world, and it is the most significant pandemic situation the world has faced over 100 years. But what could make the year 2020 even worse? Well, some supernatural forces escaping through their world and haunt the people again.

Recently it was reported that the Annabelle doll had escaped the Warren Museum; this led twitter APIs and social media users to the point that everyone who reads the report went crazy.

Though the reality is, it was just a rumor that spread like wildfire due to the misunderstanding of a YouTube user.

Twitter emerged as the epicenter for the rumor, and in no time, the tale about Annabelle’s escape was trending on twitter. Why did the cursed doll escape after all these years? Is 2020 getting worse than we thought? Did someone steal it to complete their evil activities? These were some of the questions that twitter APIs were asking each other.

Carried in the way towards seriousness and concern, memes took the story as an opportunity, and in no time memes about Annabelle doll’s escape were flooding around the edges of the internet.

However, when we dug into it, we realized that the story is just a piece of fake news. According to sources, the rumor came to existence after actress Annabelle Wallis spiked into the headlines after a conversation with THR. The discussion was about her role alongside Tom Cruise in The Mummy (2017) and how she and Tom ran together to film a scene.

A YouTube user pointed out Wallis’ statements and was pretty confused when listening in Chinese translation. The translation error resulted in the emergence of the false news and hence the escape of Annabelle.

For More Such Stories On Movies, Gossip, And TV Shows, Keep Following Us! Happy Reading!