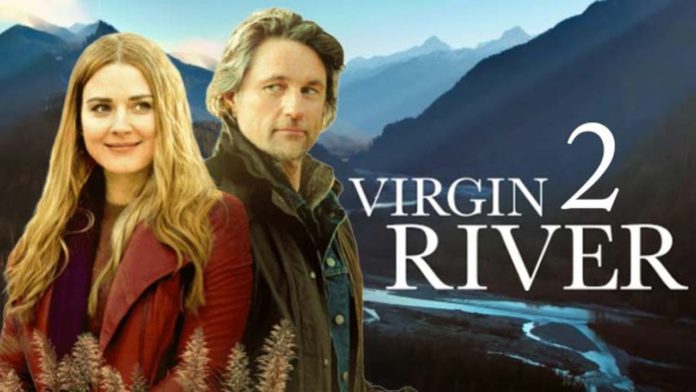 There might be good news in store for the American romance drama, Virgin River fans

With just two weeks in since its release, Netflix renewed the series for a second season. That’s when we know that this show is one to look out for. Ever since we’ve kept a tab on the show and its development. Here’s all you need to know about the upcoming season:

Virgin River finished filming in December, last year. However, despite wrapping up the filming even before the COVID-19 lockdown, there has been no official announcement about its premiere.

But fans don’t have to worry just yet. Word on the street is that the upcoming season could see a premiere date sometime by the end of this year just like the first season! *Fingers crossed*

Based on the novels of the same name by Robyn Carr, the romance drama will feature 10 episodes as seen in its first counterpart. To add to the good news, reportedly a Season 3 is already in development! If that will not cheer you up, we don’t know what will.

Clear your weekend, Virgin River will be streaming on Netflix this Friday, December 6th! To receive a reminder, make sure you add Virgin River to your Netflix “My List.” #virginriver #virginriverseries #netflix

Reprising her role as a nurse and midwife from LA, Melinda ‘Mel’ Monroe will be Alexandra Breckenridge. Playing her love interest as former U.S. Marine and now local restaurant bar owner suffering from PTSD, Jack Sheridan will be Martin Henderson.

What are they smiling about? Tune in this fall to find out…… #virginriverseries #virginriver #netflix

Also returning will be Annette O’Toole as the mayor of Virgin River, Hope McCrea and Tim Matheson as Vernon ‘Doc’ Mullins, the local physician. Grayson Gurnsey and Benjamin Hollingsworth from their roles as recurring cast members become the main cast members in Season two.

Cast is watching you watch all 10eps of Virgin River on Netflix now. #virginriverseries #virginriver #netflix.

The show revolves around Melinda Monroe who struggles to begin a new chapter of her life in Virgin River, California after leaving behind a difficult past in LA. However, the town isn’t what it appears to be and the past she tries so hard to bury only keeps coming back to haunt her.

Season two will begin where it last left with Mel packing her bags and leaving the town for good as she finds out that Jack and Charmaine were expecting a child.